Why does Mike Ashley want to be CEO of Debenhams? 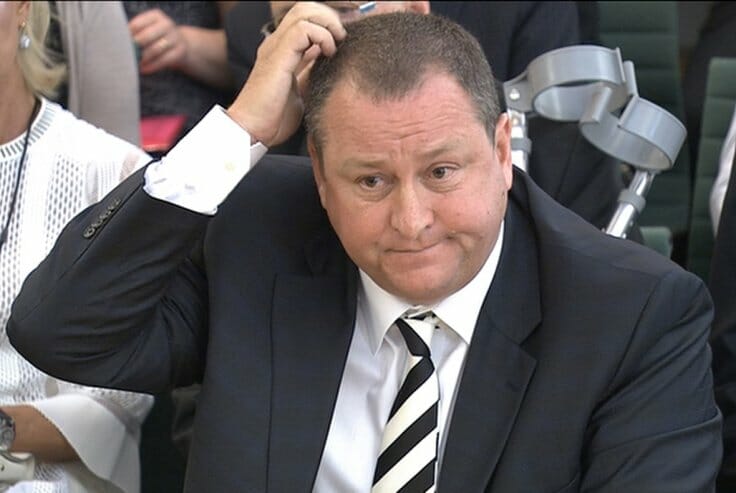 Mike Ashley may well be scratching his head today as he bemoans the loss of £150m worth of Debenhams shares and that he can’t add the title of CEO of Debenhams to his portfolio. But why does he even want to be CEO of Debenhams? In this first of an occasional profile piece on iconic people in retailing, where better to start than with this man of the moment.

From teenage entrepreneur to billionaire

Where did it all begin for this self-made billionaire? Born in the West Midlands town of Walsall in the UK 54 years ago, he left school at 16 and, two years later, opened his first sports shop in Maidenhead near London. This was followed by other shops around London with a £10K loan from family members. The chain was expanded by Ashley operating as a sole trader with private funding. So far, so entrepreneurial. But how did this chain of 100 sports stores become Sports Direct International in 2007 with a revenue today of £3.44bn, according to the Financial Times?

Like many fast growing businesses, this growth has come about not just by organic expansion but mainly by acquisition of other brands and businesses. A huge factor is no doubt the skill/chutzpah/ruthlessness (depending on your view) of Ashley himself. In developing the Sports Direct business the main selling point was price. This meant cutting costs to the bone with “workhouse” type work practices. This was exposed in 2015 by the Guardian as “A day at ‘the gulag’”. Sports Direct has since been forced to clean up its act and the subsequent growth in business has come from acquisition.

Not one to stand on ceremony Ashley developed a reputation as a hard negotiator with an eye for a good deal.  This often meant ruthlessly buying brands and businesses that were on the way down. One banker, during IPO negotiations in 2006, is reported as saying that Ashley “likes to park his tanks on peoples’ lawns.” You can read elsewhere of the myriad brands and businesses he has acquired, from Dunlop Slazenger, Kangol and Lonsdale to House of Fraser and, infamously, Newcastle United.

From Sports Direct to Department Stores

However it’s a stretch to go from buying up brands to beat the band to acquiring a department store chain or two. Not content with having bought House of Fraser for a song at £90m, Mike Ashley set his sights on Debenhams with a view to merging the two businesses. Despite offering £200m to shore up Debenhams’ huge debts (up from an offer of £150m), the company has now been taken over by its lenders and has gone into administration. It seems that the deal-breaker was that Ashley was insisting on taking over as CEO, which I can imagine wouldn’t go down too well with the suits running the business.

My question is why would he want to be CEO? Does he think he can sprinkle a bit of Sports Direct magic and lo! you have a profitable retail business? I don’t think it works quite like that, and I speak with some experience having managed a Debenhams store as part of my own retail career. Running a department store chain is a different beast to running a sports chain and/or brands, often as concessions. It’s not just about buying and selling at the right price but about the customer experience and getting the mix right for the location where you are trading.

Doubtless the hedge funds and banks that now own Debenhams are not interested in retail skills either but want to try and get a return on their investment. Retailing is a relatively simple business but it is incredibly hard to get it right.

What about Debenhams’ Irish business? They had their own troubles back in 2016 when Debenhams Retail (Ireland) went into examinership, when many of their leases were restructured (business speak for lower rents). Mike Ashley tried unsuccessfully to get full control of the Irish company at that time. The Irish company is part of the Debenhams group now owned by its lenders. It is reported that 50 stores are to close after Christmas and it remains to be seen if any of those will be in Ireland.

Where to next? Changing retail trends

Then there’s the changing retail market – and how! The reason most often given for the demise of well-known retailers is the rise and rise of online competition. I think it’s more complex than that. The face of retail is changing and the current model is broken. The headlines are full of the woes of Marks and Spencer, Debenhams, Maplin, HMV and the list goes on.  The same media don’t always report the new trends with the same enthusiasm. I’ve written previously about why I think the demise of the high street is exaggerated, and how new models of retailing aren’t so new after all.

The rise of the conscious consumer and the backlash against fast fashion is one such new trend. Another is the idea that we have to do something about climate change now. Another crucial factor is that we carry a mini computer in our hand – 93% of the Irish population (according to a 2017 survey by Deloitte) have access to a smartphone. Two years on that 93% has probably increased. Given these changes in consumer behaviour, it’s not surprising that fewer people are getting in their cars to drive through traffic jams to the out of town shopping mecca to visit a department store that might or might not have what they’re looking for.

I’ll be covering these emerging trends in more detail and the new model of retailing in my blog post next month.

What now for Ashley?

But back to Mike Ashley scratching his head. He is obviously used to getting what he wants so is probably feeling hard done by today – and a bit poorer, even though he can afford it. He has railed against the outcome in his customary colourful language (chocolate tea pots and fiddling while Rome burned referring to regulators and politicians). I think he’s dodged a bullet with Debenhams. He would be better advised to invest in the future and look at where retail is going to rather than where it has been.

Retail Renewal offers practical solutions for the ever-evolving challenges of running a retail business today. Find out more on www.retailrenewal.ie If you’d like to get in touch with Retail Renewal about your retail or business project please give Linda a call on 086 8146949. Let us help you to grow your business and your profits.