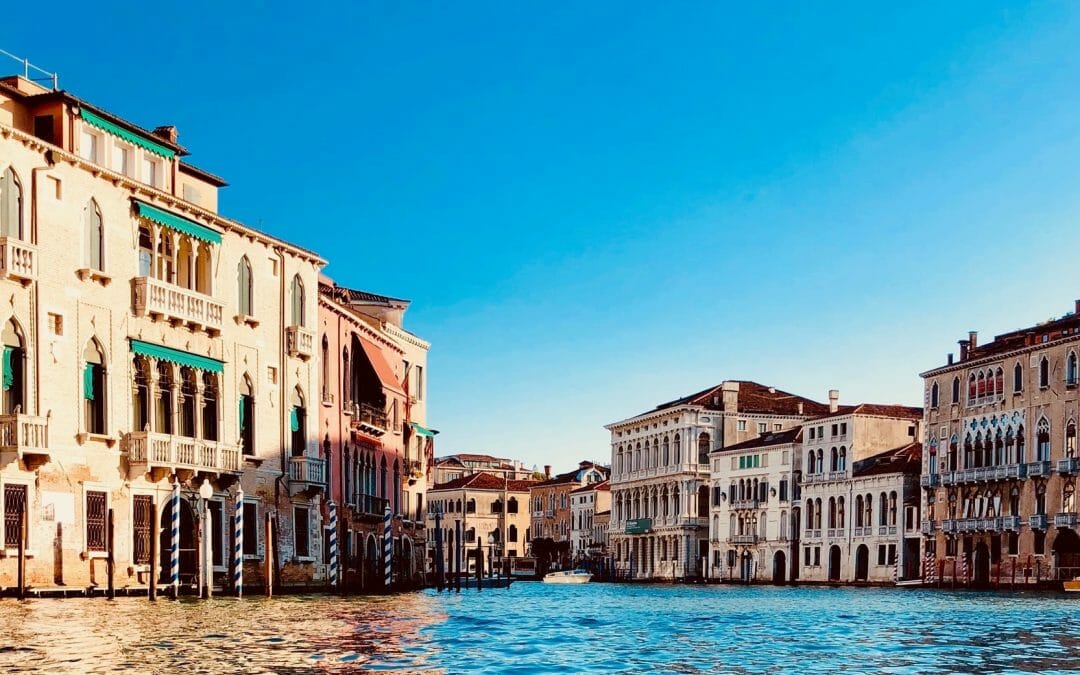 To say that our world has changed completely in the last two weeks is probably the understatement of the century. Change always triggers anxiety, especially when those changes are made of necessity rather than by choice. However, due to the sudden changes in human behaviour recently there have been some positives. There are a few silver linings and some good news. I am optimistic by nature and always try to see the good in any person or situation, so here are three aspects of the current crisis that are my silver linings.

1. Record sales for some businesses

Some businesses are doing well despite closed shops and a lot of people working from home. In a recent BBC news item they list 6 areas of business that are booming. What struck me was that all but one of them are generally provided by small, independent businesses. Bicycles are one, and indoor and outdoor games, coffee and books are all recording record sales levels.

Closer to home my organic veg delivery company, Green Earth Organics, has had to close its online ordering system temporarily so that they can keep up with the unprecedented demand for their delicious produce. I hope that some of the new customers will stay with them and continue to order after this crisis. Kenneth, Jenny and the whole team deserve some long term gain from this short term pain.

However, as I wrote a fortnight ago, there is an uncertain future for many businesses and some will not survive. Some businesses are already saying that they will not open their doors again after the crisis passes. In reality, many were already on dodgy ground before, and this current crisis has tipped them over the edge.

2. The world is less polluted 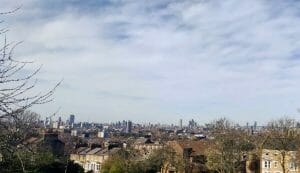 View over the City of London from Telegraph Hill, Nunhead 21st March 2020

This image (taken by my son, Gordon) shows a clear skyline over London where there is usually so much smoggy haze that you can’t see the tops of the buildings.

Fish are swimming again in the canals of Venice and seaweed has returned to the clear waters, see image above. Gloria Beggiato, who owns the celebrated Metropole Hotel near St Mark’s Square comments:

If you ask me today – sunny blue skies, clear canals – then, yes, we would all like Venice to stay like this for a while. But we need, and look forward to the return of tourists, though maybe not the 20 million a year that we have had to cope with. I honestly believe we should take the opportunity of this lockdown to reflect and see how we can be more organised in the future to find a balance between the city and tourism.

3. “When events change, we change our minds”

David McWilliams opened his article in the Irish Times on Saturday with these words. He is discussing how we need to reimagine economics (by the way I agree with him) but this phrase has a wider application.

The seismic events of the past few weeks have made us all examine how we live, how we work and how we interact with each other. It has changed the way we look at the world.

This has resulted in unprecedented (that word again!) collaboration between government, state agencies, public services, businesses, retailers, community organisations, charities and, last but not least, between individuals – you and me.

The enforced isolation that has taken place in most countries affected by COVID 19 has stopped us in our tracks and forced a slower more introspective pace of life. The community spirit of being kinder, looking out for each other and talking to each other more is the greatest silver lining of this crisis. It has given us a renewed perspective on how we view work that was previously seen as “unskilled.” The respect which retail and other service workers have belatedly earned is to be welcomed, and I hope will continue long after things return to normal.

There are countless examples of friends and family, and often complete strangers, showing huge compassion and kindness to people around them. Not alone this, but there has been a sense of creating moments of joy where we can – from the postman delivering in fancy dress to teddy bears being arranged to entertain passersby. While perhaps not as high brow as the musical collaborations from Italian balconies, being able to find small moments of delight is more important than ever amidst the gloomy headlines.

What sort of world do we want to live in?

This global event is unlike any other in recent history. The Great Depression of the 1930’s and the Global Recession that began in 2008 were man made events, constructed on the greed and folly of the world economic system. It was predicted by a few brave souls.

This pandemic, however, has come out of left field with no warning or human cause. The world economy had largely recovered from the events earlier this century and, by some accounts, was growing too fast, maybe heading towards another collapse.

The long term effects of this crisis are unknown. Indeed there is no certainty as to what even the next two weeks will bring. When we come out the other side it is by no means certain that we will be able to revert to “business as usual.”

And do we want to? Some of the glimpses we have had of an alternative world are very tempting.

A time to stop and think about how we want to live after this crisis passes.

Aldous Huxley’s Brave New World was first published in 1932. It is a fantasy of the future and he writes in 1946 in the Foreword to later editions:

At the time the book was written this idea, that human beings are given free will in order to choose between insanity on the one hand and lunacy on the other, was one that I found amusing and regarded as quite possibly true.

How prescient is that! It certainly resonates with me as the zeitgeist of the start of the 21st century. But this pandemic has given us the opportunity to choose a different path. Nothing will ever be quite the same again. This virus has turned us into caring neighbours, writes George Monbiot with examples from around the world of spontaneous community action. The pandemic has given us the opportunity to shape a more sustainable world, in every sense of the word.

While we haven’t had much choice about the changes we’ve had to make over the past few weeks we may have more choices about the ones we make when the crisis is over. The question is, will we be as daring about making lifestyle changes once the immediacy of danger has passed?