Brand of the Wonderful Everyday 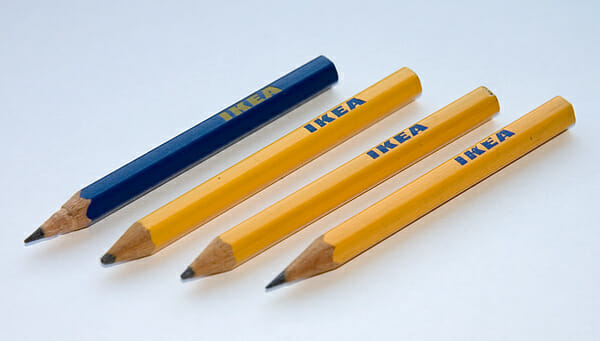 Ingvar Kamprad died last Saturday after a long life of hard work and passion as the founder of the largest furniture retailer in the world, IKEA. Much has been written in the last few days of his entrepreneurial ability, his frugality and his lifelong dedication to his business, only stepping down as chairman of Inter IKEA in 2013 at the age of 87.

Whilst he led a more than interesting life, it is the brand, its identity and growth that I am going to explore here. The name IKEA was registered by the 17 year old Ingvar in 1943 as he needed a company in order to sell pencils and postcards by mail order. The name was arbitrarily taken from his initials IK and the initials of the farm, Elmtaryd, and village, Agunnaryd, where he lived.

What’s in a name?
In this digital, 21st century world most start-up businesses would spend a lot of time – and money – on the name of their company and its brand. So how come IKEA is so successful worldwide from such humble beginnings and how does this translate across continents and cultures?

Ikea has uniquely transcended barriers of class, culture and geography in the late 20th and early 21st century, flying in the face of received retail wisdom by selling the same products with unpronounceable Swedish names all around the world.
Caroline Roux

This hits the nail on the head and gets to the core of what a brand is and what is represents to its customer. My definition of brand is:
The emotional connection between your business/organisation, your product or service and your customer.

How this translates into a brand
In IKEA’s case the company grew in post war Europe when there was a need for modern, clean affordable design. Habitat was founded in London in 1964 with the same philosophy but without the same success. The loss-making company was bought by Kamprad in 1992 and sold off in 2009, writing off its debts.

Kamprad’s IKEA, however, went from strength to strength, capitalising on the clean Nordic look, clever sourcing of product and the flat pack revolution. This made furniture easier and cheaper to transport, making it much more affordable, and the saving to customers translated into their investment in time to assemble it. The IKEA brand became synonymous with good affordable design and a calm comfortable way of living, encapsulated in their current strapline, The Wonderful Everyday. That is the emotional connection between IKEA and the customer.

“The Testament of a Furniture Dealer” written by Kamprad in 1976 sets out his views of the values of IKEA under nine theses.

In the introduction he writes, “We have decided once and for all to side with the many people. What is good for our customer is also, in the long run, good for us. This is an objective that carries obligations.”

This short document makes for worthwhile reading for anyone in business. It contains wise sentiments and a straightforward guide on how to conduct a responsible and sustainable business. Three of my favourite quotes from it are:

These nine testaments show that the company and its future were the driving force of Ingvar Kamprad’s life.

How does this grow into a global company?
– Not without some bumps along the way. IKEA undercut the competition and was boycotted in the 60’s by producers and retailers. Kamprad responded by moving his production to Denmark, and also to Poland where manufacturing costs were low.

By the 1970’s the business had matured into a substantial and still privately owned undertaking. Not wishing to take the company public, Kamprad began a process of setting up a company structure to separate the ownership of the retail operation from the ownership of the concept and the IKEA brand.

Since then there have been several company restructures, and from 2016 there are two separate holding companies for the investment business (Interogo Holding AG) and IKEA related business (Inter IKEA Holding BV). The Inter IKEA Group is now composed of three core businesses – franchising, range and supply, and industry. More information on http://inter.ikea.com/

By adopting a franchise model the brand has expanded rapidly to the global operation it is today with 412 stores in 49 countries.

Revenue for the Inter IKEA group for 2017 was €23bn and that doesn’t count the revenue for the 11 companies who run some of the franchises worldwide. Not bad for a brand that started selling pencils!